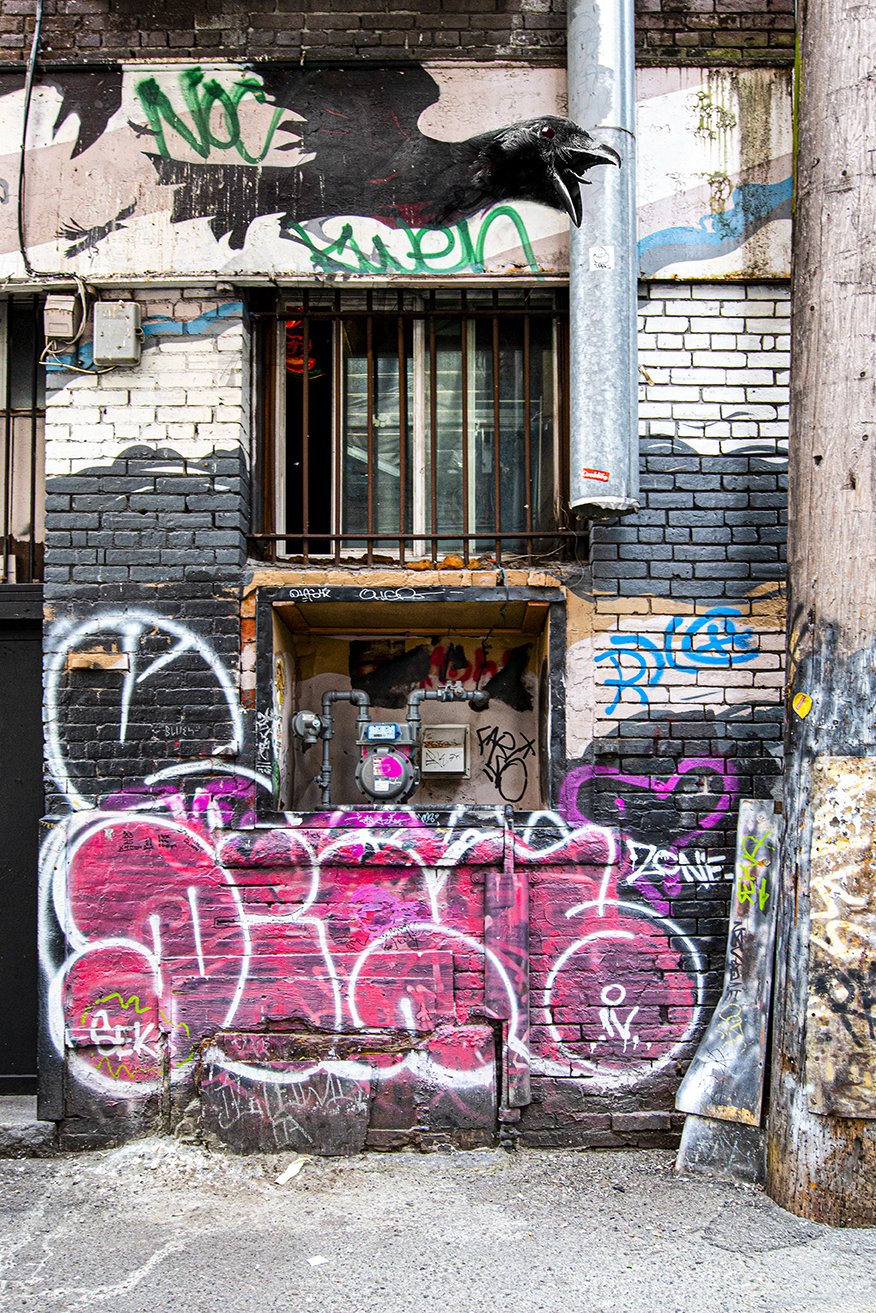 She passes through the labyrinth of brick walls and bright markings. She speaks to no one, for she is alone with her mission. A black feather drifts across her path, carried by the breeze from vents blowing greasy smells. At the labyrinth’s heart is a dead end, a nest, a resting place for the great raven who speaks prophecies and sometimes, words of wisdom.

She does not need to hear its squawking, fluted voice. Her finger is light on the gun’s trigger as she rounds the last corner. Here the air is musty like old books. She drops the canvas bag hanging from her shoulder and raises her tranquilizer gun. The sun glints off midnight black wings as the ancient raven glides over brick walls laid by the dead. Her watch tics and tocks, the timer counting down, but the bird has vanished.

Some have questioned the bird’s gift of prophecy, but she never doubted. The raven knew she would come, just as it knew she would follow. She unstraps her watch and tosses it on a bed of stray newspapers, snatches up the canvas bag, and scales the wall. On the ground, the timer counts down. Six. Five. Four. She drops to the other side of the wall and runs. Three. Two. One. Some missions have no timeline. They take as long as they take, even if it is a lifetime. This is what she tells herself as she gives chase, her feet eating up the pavement.


Carmen’s photograpic prints and merch are available for purchase at Fine Art America.