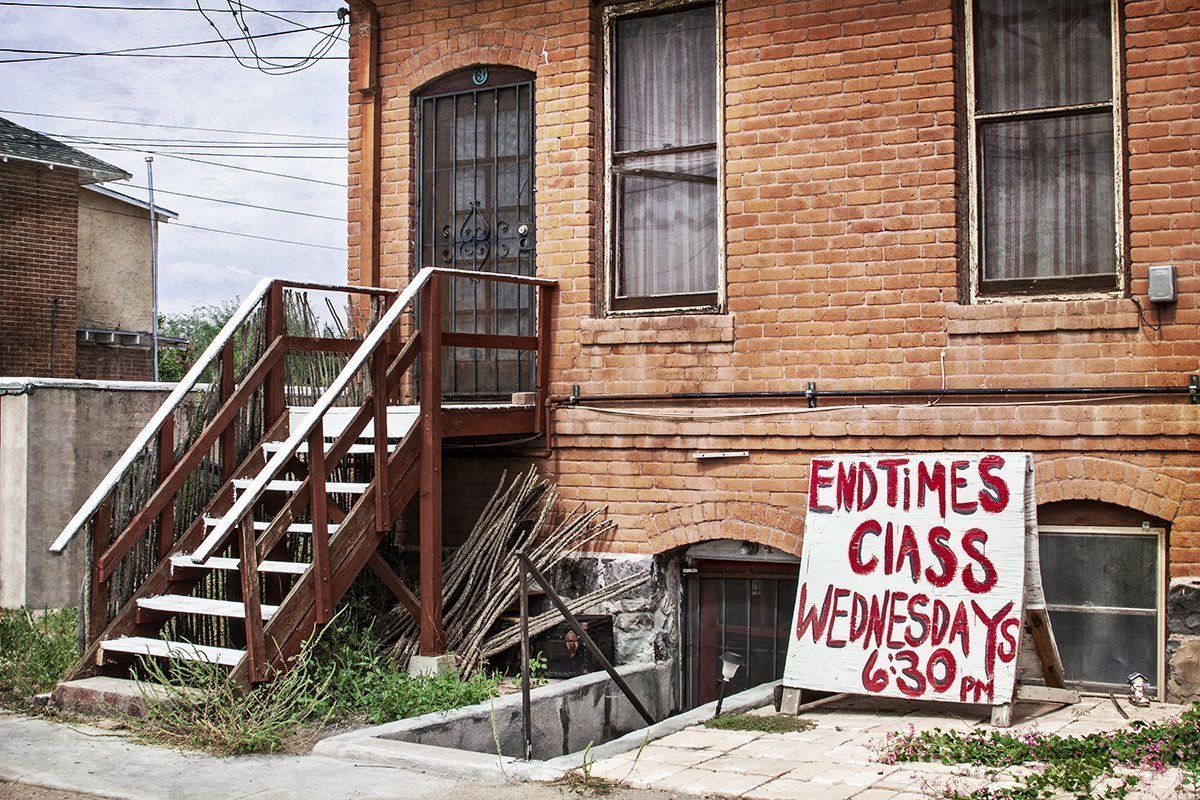 It’s not just about having cases of water or tins of beans; it’s a mindset, a mindset that could save your bacon, said the man who could have been a preacher in a previous life. The blue vein in his temple pulsed as he talked, I couldn’t look away from it, as if it was its own kind of beast.

You tapped me on my shoulder, knocking me out of my thoughts of blue-blooded vampires. Want one, you asked, hovering your plate of doughnut holes over my lap. You’d eaten the chocolate ones. I could see the crumbs around your mouth. I took a plain one, popped it in and chewed.

I haven’t seen you before, you said. I’m new, I said, then kept chewing. It didn’t seem to be that kind of place where manners were king. You should come on Saturday. We’re doing a workshop on weapons, you know, the right ones for stopping zombies and defunct politicians––you smiled when you said it, but somehow, I didn’t think it was a joke.

I ended up going that weekend. Turned out it wasn’t a joke. We’d be using the training before the end of the year when the grid went down, and everyone was running around half-cocked and loaded. And the politicians, they were the first to disappear––just vanished, never did have to take one of them out. Zombies on the other hand… 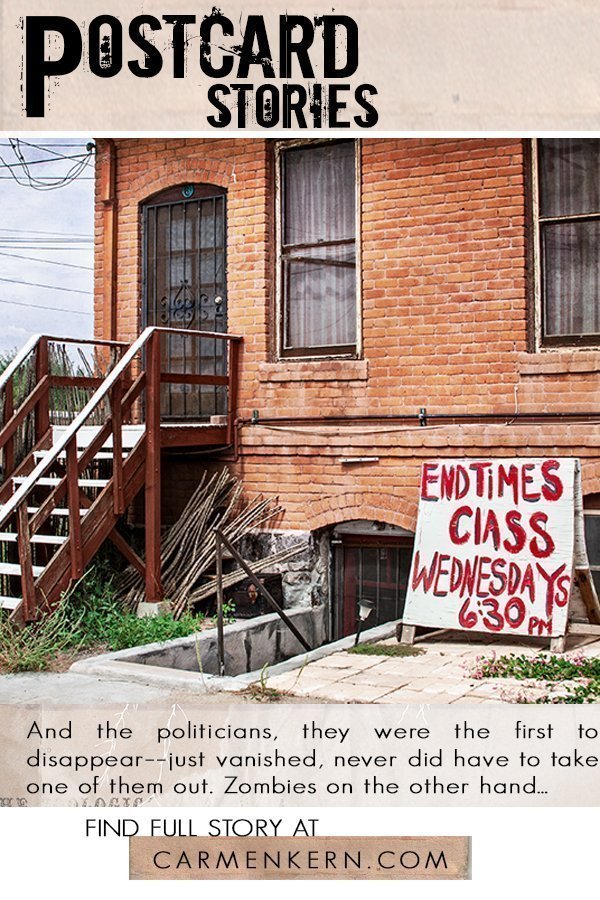