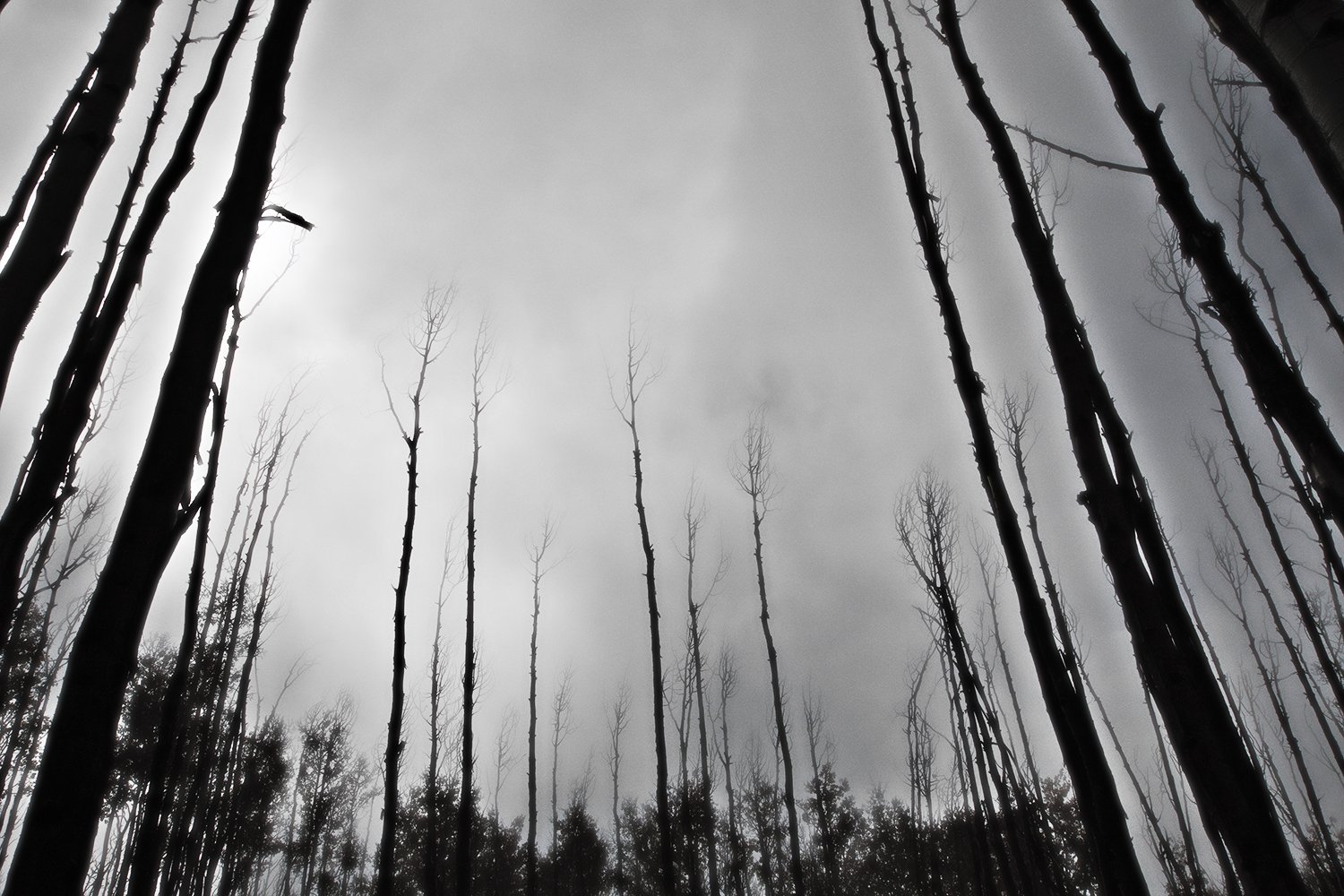 What you don’t know is how Goldilocks got to the bear’s house in the first place. She was running, from her father’s silence and to her mother’s ghost––a shimmering figure who wore the face of her mother but had longer hair, slimmer hips, and black button eyes, but it was her alright.

It was the ghost that beckoned Goldilocks from her room, down the stairs, and into the forest. She tried to keep up but couldn’t. Her small feet were bare and hurting as she stepped on branches and rocks. She could no longer see the glowing light of her mother. But there were giggles, thin slithery noises that had her skin crawling with make-believe bugs. The buzzing of small wings and clicking beaks brought a fear that spurred her scratched and bloodied feet to fly over the cold, cold ground. Hammering heart, thundering little feet and the pumping fists of Goldilocks burst into a small opening in the trees and before her, a house.

A lovely log house with smoke coming from the chimney. It was here she found shelter. It was here her mother guided her. And unlike the story that has been told a thousand times before, Goldilocks did return to the bear’s house, but mostly during daylight.

It was a place for her to run to throughout her life. There was food, shelter, friendship and a bed that was ‘just right’ placed for her in the upstairs attic. It was a place to rest, just as her mother and her mother before her had found.