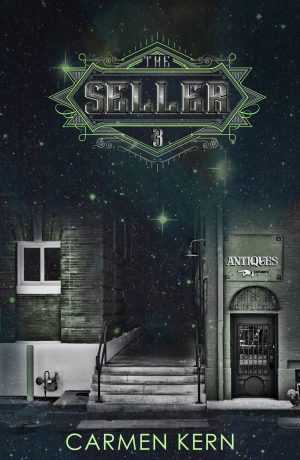 WHAT DOES A THIEF AND A MAGICAL PELT HAVE IN COMMON? THE SELLER. AND HE DOESN’T LIKE BEING STOLEN FROM…

The Seller had secured a magical pelt from a reliable dealer, but it was stolen in transport. Now, with the help of his old smuggling crew, it’s his turn to steal it back.

The unfulfilled prophecies the Seller’s wife had inked into his flesh before her death had compelled him to buy the mythical pelt. An animal skin with the powers to bring back the dead from the underworld. And if used in the wrong hands, a weapon that would shift the balance in the next galactic war.

But even as the rag-tag group of friends battle to retrieve the pelt, the Seller’s uncertainty in his wife’s prophecies becomes a threat to old friendships and future loyalties. And with a potential war brewing, the Seller will need all the allies he can get.

This is Episode 3 of the serial fiction, The Seller. A futuristic, action-packed series full of magicks, tricksters, and an immortal shop-keep compelled by the prophecies of his dead wife.

GRAB YOUR COPY OF THE SELLER TODAY!