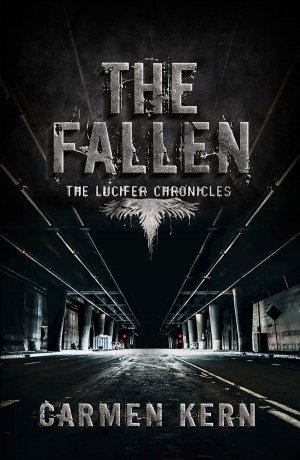 A DEMON, AN ANGEL, AND A HUMAN HUNT FOR A SUPERNATURAL ARTIFACT…WHAT COULD BO WRONG?

Lucifer Morningstar, aka the Devil has a lead on an ancient and powerful object, one that will render his growing army virtually indestructible. Unfortunately, he has pressing business to attend to. Fortunately, he has ‘people’ to do his bidding.

Lucifer interrupts Rucker’s rigid writing schedule to vlog the evening’s adventures with Fear, a demon and Lucifer’s right-hand man, and Penn, his not so guardian angel, as they track an ancient garment with supernatural powers. What they don’t expect is the attack of an ancient god-king, Rucker’s ‘dead’ father showing up, artifact in hand, or an unsuspecting passenger with gut issues.

Rucker faces a world where his father has as many secrets as the Devil, an ancient king of Babylon turns into a gargoyle, and angels and demons have more in common than they would admit.

As Lucifer’s collection of supernatural weapons grows along with the rumors of an apocalyptic war, Rucker secretly digs in the library archives for a way to stop it. But with little freedom, limited resources, and a shortlist of allies, Rucker will need more than a miracle to save himself and the ones he loves—even his father.