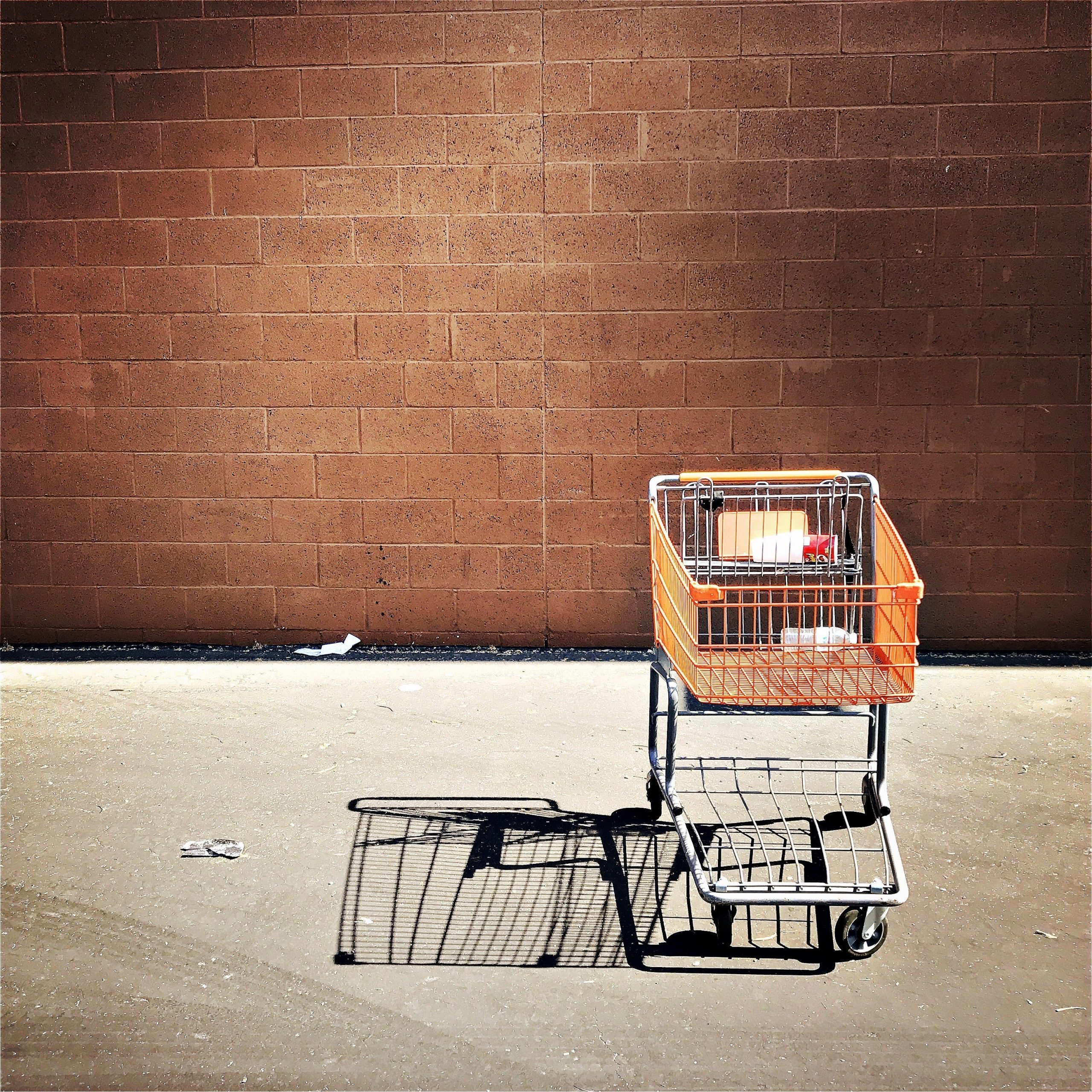 They left it there. As if it hadn’t held all they owned––the scrounged up, the stolen and the bartered. There was a time when it was full, heaped with what they thought of as survival gear. The first day out, on the road outside the city, they knew only two things would keep them alive, water and weapons. Water they had. A whole case of it hidden on the bottom of the cart. Weapons were another beast all together. They’d never believed in carrying. Never felt the need. Until now. It wasn’t until they’d pushed the cart over seventy miles of potholed asphalt that they abandoned it. They had their weapons now. Along with blood stained clothes they never got clean. They left the cart in the back of a looted Walmart. Seemed fitting, they said, then walked away with their shotguns and pistols held at the ready. They never looked back.