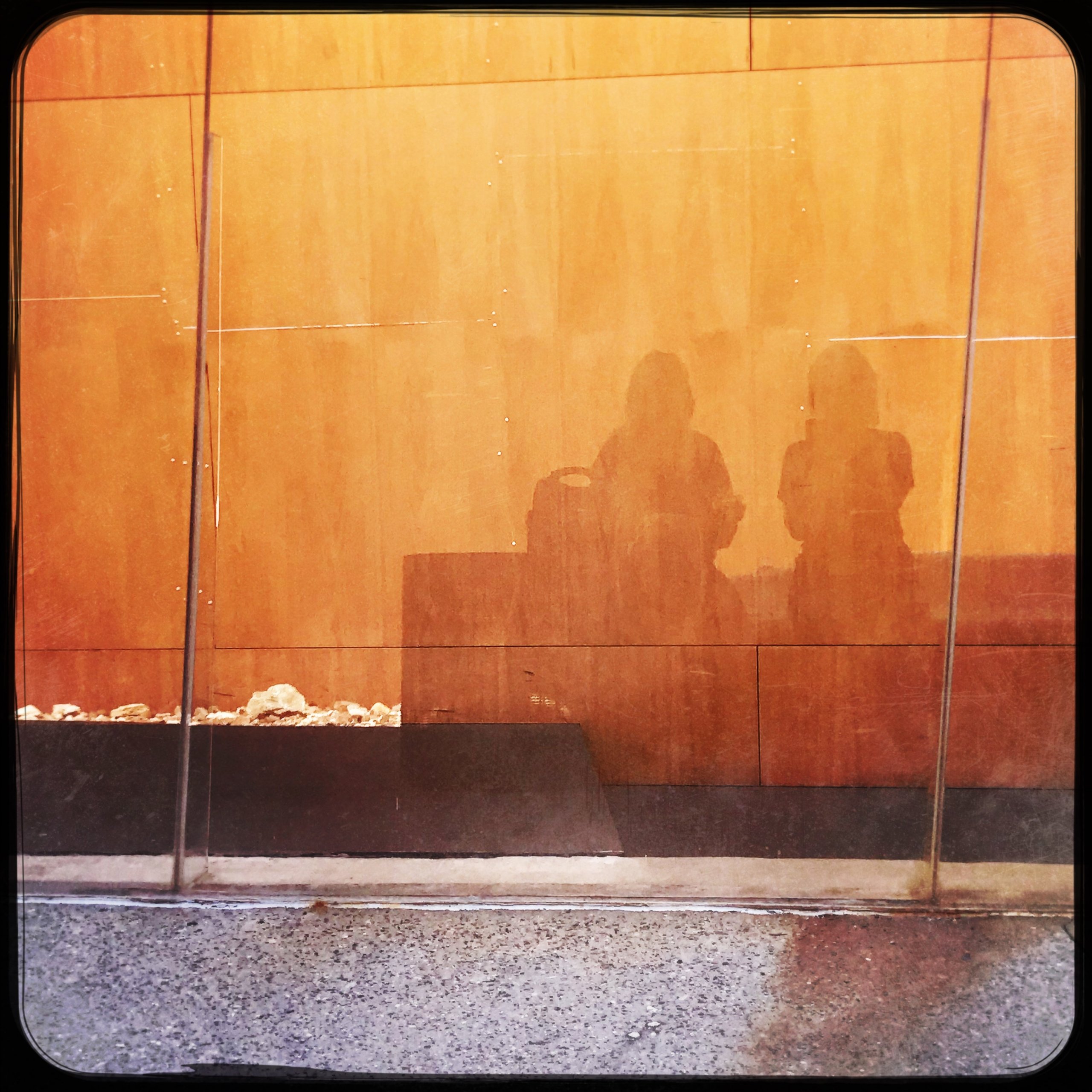 It happened at night, the separation. The wet snap and the gradual split and Lester’s body became thoughts and wind as he drifted out the window of the man’s loft. Lester woke miles away, alone and dark and long in the rising light of the sun. He wandered for a while, picked up food from an abandoned plate left on a table at a restaurant. Lester had nothing. He was nothing. No one saw him, not really. They stepped on him, ignored him, some even spit on him and he tried to care, but he couldn’t. Meandering through the streets for days and weeks and maybe a few months, he came upon a poster stuck to a streetlight. His black form stretched out to a thin point on the sidewalk as he stood beneath the light and read the paper.

Shadows Anonymous. Are you lost? Separated and alone? You don’t have to be.

Lester memorized the words he read and for the first time in a long time, he moved with purpose. The community hall door was jammed open, light spilling from inside. He heard voices, tinny, wispy words that seemed to float away before he could tell what they were.

“You here for the group?”

Lester turned toward the voice and a bench a few feet away. Another, just like him sat on the wooden slats, munching on a burger. Lester nodded and sat down beside the slight shadow. “I’m Lester.” His voice drifted off.

“You’re gonna be okay, Lester. We’ve come from all over and we’ve got our shadow quirks,” the shadow wiped its dark chin, “but we got each other. It’s a damn good support group.” A thin hand reached out to Lester. “I’m Charles. And I’ve been separated for a couple of years now. And do you know what?”

“It’s the best two years of my existence.” Charles offered Lester some of his fries and they munched on the food, smacking their shadow lips and smiling their shadow smiles in between bites.

And as more of their kind filtered into the community hall, talking and laughing in disappearing noises, Lester thought he just might be okay.