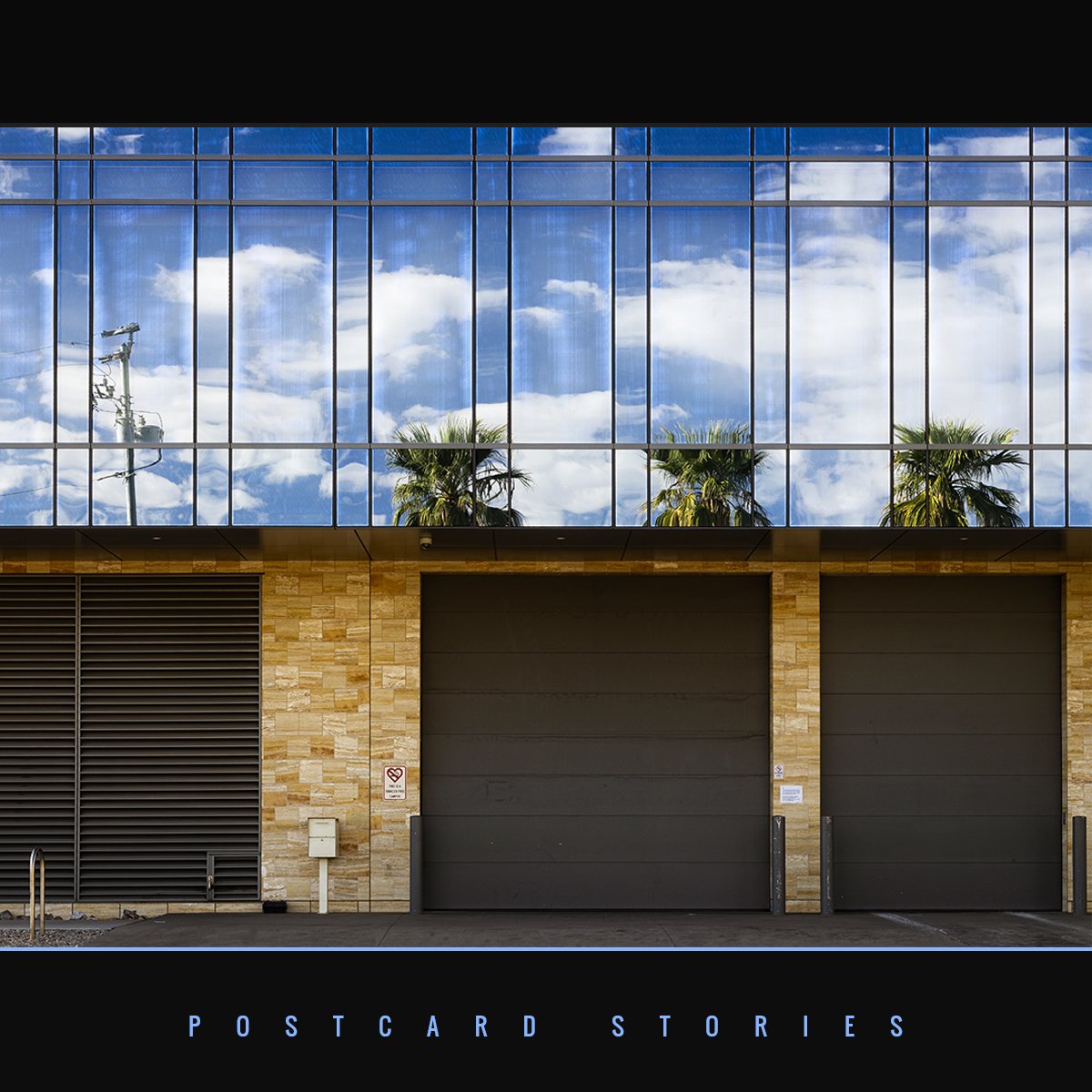 Once upon a Phoenix street

The three sisters had grown tall and bored…of the streets and the ball of fire above them that burned the ends of their fine strands. They often complained to each other about the winds and blowing dust, for they had become quite vain after seeing their reflection in the windows across the street. But eventually, the primping and swaying and complaining became an old and dreary pastime. Once again, they looked for another distraction.

The morning after a nasty monsoon wind, a truck pulled up beside them. Men brought out equipment and made so much noise that the sisters covered their ears. The digging and pounding went on for days, but in the end, a utility pole, white and glistening with new cables, stood beside them. The sisters remained silent, unsure of their new neighbor. But the utility pole who had extrovert tendencies said, “When you die, they can press your ashes into a record that plays any music of your choice for twenty-four minutes.”

The sisters whispered in amazement to each other, not only about the information but that their new neighbor seemed so wise. “How do you know so much?” they asked.

“Information runs through my veins.” The utility pole shrugged like it was no big deal.

“Tell us more,” the sisters said in unison.

The utility pole delighted the sisters with stories and facts that buzzed through his lines day after day. And so, the neighbors lived out their many days, entertained by wondrous stories and the goings-on of the city folk. The sisters never grew bored again. They even forgot their primping and complaining, for which the utility pole was grateful. You could even say they lived happily ever after…if you believe in that kind of thing.