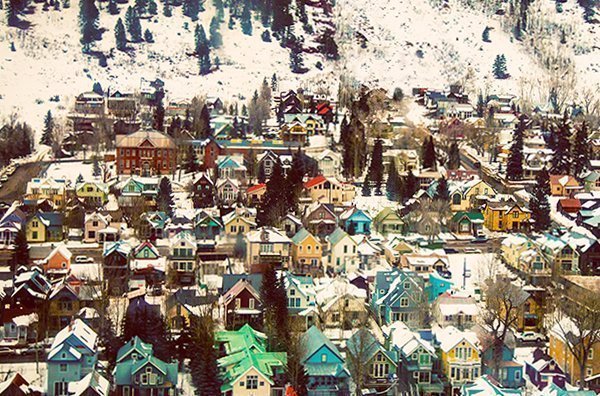 I don’t know about you, but for me, January seems like it should be part of the year before. It feels like a buffer month, one where you pull the blankets up, make a cocoon and stare into the fire, daydreaming about all the things you should be doing. It’s a time to catch your breath and ease into February.

I’m not the only one who feels this way. Eve, last name Newyear, is having a heck of a time getting on with things.

Somewhere, in the basement of a city church that just the night before was full of people and flowers and wedding cake…

The room silent but for August’s smacking lips. She licked her finger and dabbed at the crumbs on the plate in her lap. Easter was in charge of this meeting and is known for anxiety baking, and therefore, the plastic table overflowed with cakes and cookies in every pastel color one can dream up.

They all waited for the next person to speak. None of them was feeling exceptionally chatty.

It was Ms. Eve who let out a big sigh then started them off. “Hi, I’m Eve. You wouldn’t know it, but I’m usually the life of the party, I mean, I am the party.” She gave a half smile as gold glitter fell from the ends of her black hair, tiny light explosions that brightened the world for one small moment. But the gold went away along with her smile. “I know how that sounds. Arrogant. Snobby. But its the truth or was the truth––until this past year. Normally, I like my job, just like most of you.”

She looked around at the other faces in the group, at December with his glasses sliding halfway down his nose, his cheeks not as rosy as usual, and October sitting next to him, the diamond on her hand flashing under fluorescent lights. June with her pixie face and flowery cardigan buttoned right up––all the rest of the months and holidays who met her eyes because they knew exactly what she was talking about.

“I mean, I did my job. I went above and beyond, even tried paid advertising to get some excitement going, you know, work the room so to speak but the people, they just didn’t have the party spirit. Like 2018 had sucked them dry.”

May dabbed her watery eyes with a tissue and September, his balding head covered with a wool toque (knit hat for my American friends), nodded their heads in competing rhythms.

December caught Ms. Eve’s gaze, the slight twinkle in his baby blues urged her on.

“I planned bigger parties. More parties. I spent twice the budget on fireworks alone, but the kablam just wasn’t there.” She let out a sultry growl. “People did go out, but the numbers were down. And when the count came in at the end of the night, 68% more people went to bed before midnight. They didn’t even see my dress.” With this, Ms. Eve sat back in her chair and wrapped her gold lame coat tightly around her. “I’m supposed to be a professional, you know? Bring joy and fun into people’s lives and start their year off with a bang.”

The silence in the room wasn’t a cold one. January coughed, she always felt a little cold, a little under the weather.

“Is this something I should be worried about? I mean, I feel worried,” Ms. Eve said.

Easter, who could candy coat most everything, stands up at the front of the room, torn stringers dangling from the ceiling above him. “Look, people, it was a tough year all around. We all felt the added strain of getting and keeping people’s attention. We don’t want to be forgotten. But this is a new year.” Easter’s gaze stopped on Ms. Eve. “Anything is possible. Don’t you forget it.” He took the time to point to everyone in the room.

“He’s right,” October said, her orange hair flaming as bright as her new wedding ring. “It’s our job to remind people to celebrate. The big things.” She touched her husband’s arm, and December’s cheeks glowed a brighter red. “And the little ones.” She looked around the room. “It’s up to us.”

Easter clapped his hands. “Couldn’t have said it better. We are here for each other. If you need help with your task, ask.”

January lifted her hand for attention.

Easter thought about telling her, once again, that she didn’t need permission to speak but decided to point instead. “January?”

“I’d like to offer to help February, and our own Mr. Valentine, who couldn’t make it tonight due to some kind of chocolate mishap with his dog. I don’t have a lot to do, you know, being a nothing month and all.”

A chorus of no’s and shaking heads stir the room. Easter took charge again, as is the job of any good chairman. “There is no such thing as nothing months, January. We all know new years day is in your wheelhouse.”

She dipped her head, shyly and said, “What I meant is that I have some ideas,” she looked up at February’s kind face, “some good ideas that might help make this the best Valentine’s Day ever.” January always did like the look of February’s face, even more, when he smiled at her the way he did now.

The rest of the meeting was brainstorming, eating cookies and cleaning up after August’s trail of crumbs. All who attended agreed that it had been their best meeting to date. Spirits felt lighter. Hugs were given. The chairs stacked. And all went away with a new outlook for 2019.

At least that’s what I’m hoping for! A new outlook despite the strange things happening all over the place. There are exciting things on the horizon! And now that my buffer month is over, I’m ready to get at it. How about you?