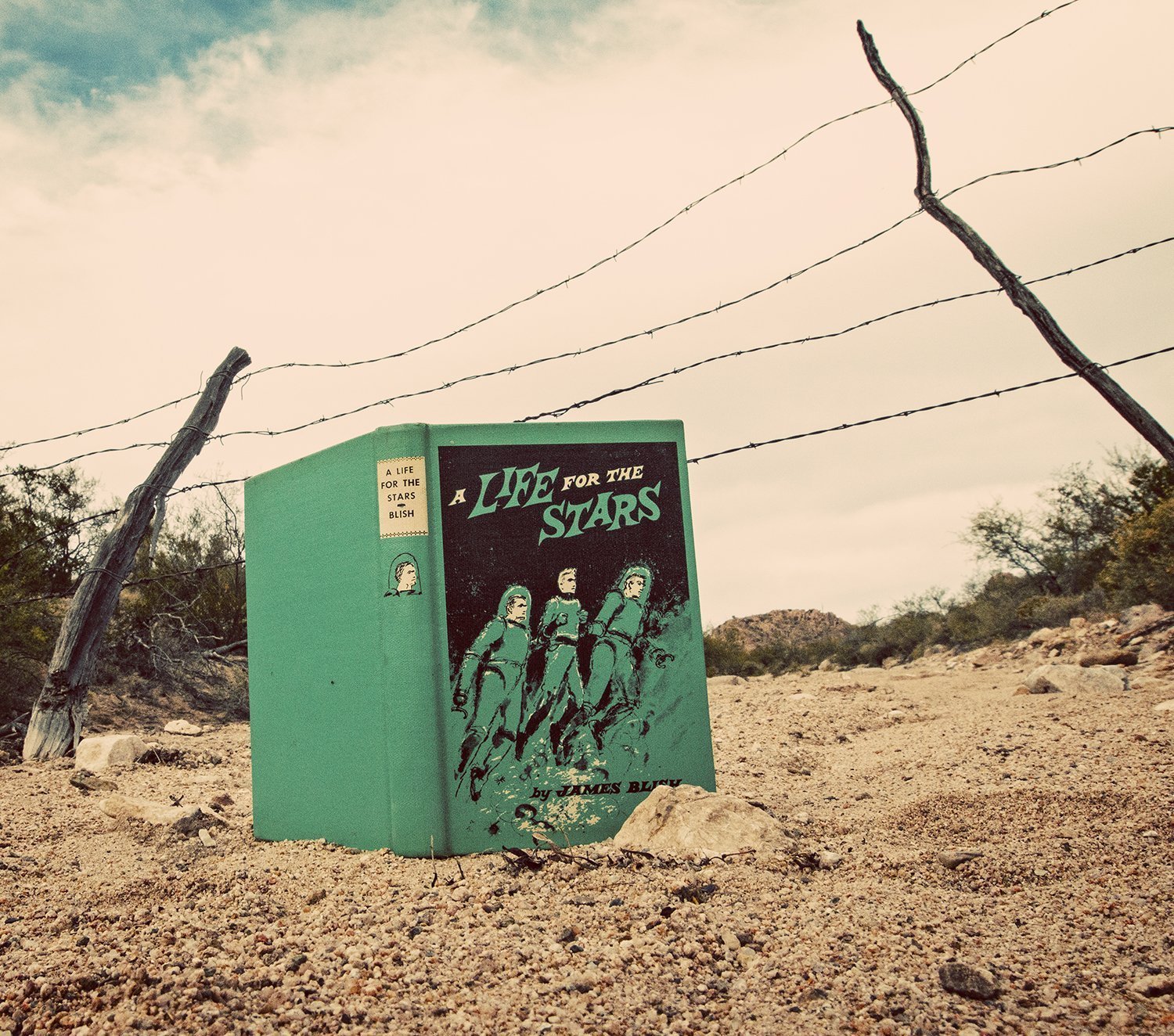 A Life for the Stars

I remember talking to the sky that day––after Nikki had kicked over our last jug of water and we had only one granola bar between the three of us. I hated those bars, the kind with the yogurt coating. The damn thing had melted into chemical goo and poured out as we tore open the package. Dan sliced even portions with his pocket knife, and that’s when I found it, over a small ridge, in the middle of a stream bed.

A book. It was the end of all things and no matter where we had looked, we found no life, but we found a damn book. Hey, I called out. The other two followed my voice. The aliens left us a book, Dan said. I was standing over top of it now, blocking the sun from the pages. There’s no shadow, Nikki said between tiny bits out of her granola and pointing to the ground. You’ve lost your shadow, she said as if I hadn’t heard. It was gone as if the sun had sucked it up.

Dan bent to pick up the book––then he was gone. The granola wrapper dropped to the ground. You think the aliens took him, Nikki said and stared at the sky. Maybe. We’ve seen stranger things, I said. And we had, here at the border of all civilization.

We didn’t bother looking around, just climbed the ridge and kept walking North. Isn’t that what everyone does at the end?