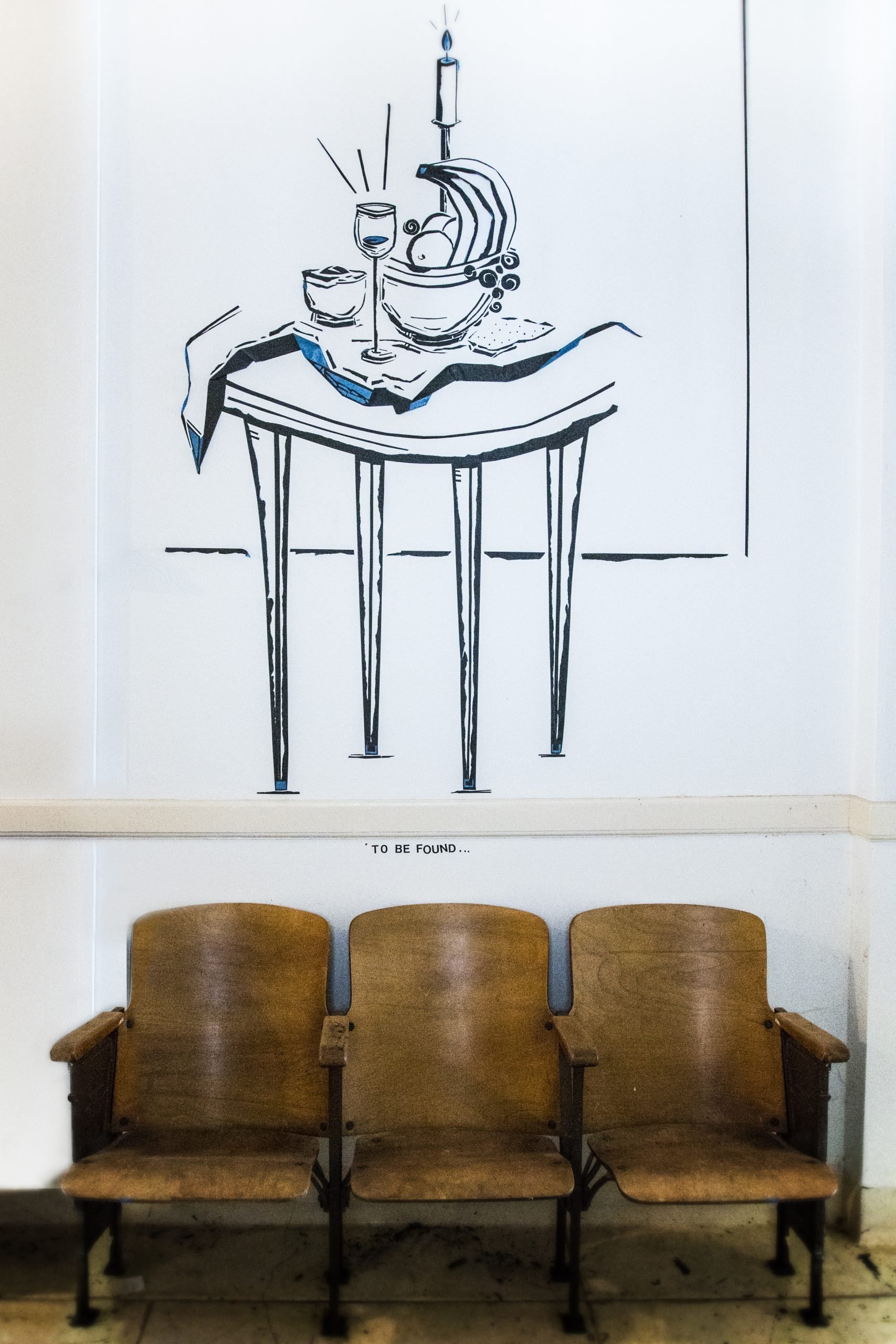 The Fates, sisters, weavers, sat in the stiff theatre chairs they had complained about for decades. They were the sort who took comfort in stiff and creaking joints. The morning show was a doubleheader.

Two lovers who found each other late in life. The one sister crocheted a long scarf, alternating spring green and aqua blue yarn. On the stage in front of the sisters, two lovers sat content on a Livingroom couch. The couple nuzzled and fell asleep in each other’s arms.

The sister stopped her weaving, scratched her nose with a needle, and passed the scarf to the middle sister. Scene after scene played out, the couple aged, and their affection grew deeper. The middle sister slid the measuring tape from her neck and measured and marked each color of yarn with tailor’s chalk. “Here,” she said, passing the scarf to the next sister, who picked up wickedly sharp scissors from her lap and cut the straggling green yarn.

The woman on the stage was alone now, sipping tea from a china cup. She struggled through the newspaper crossword puzzle, lifting her head as if to ask a question—but no one was there.

The last sister snipped the blue yarn, not much longer than the green had been. Together, the Fates cried, “Next.” It was time for the afternoon show. And so it continues, day and night. Weaving and measuring and snipping as their once nimble fingers stiffen and swell. 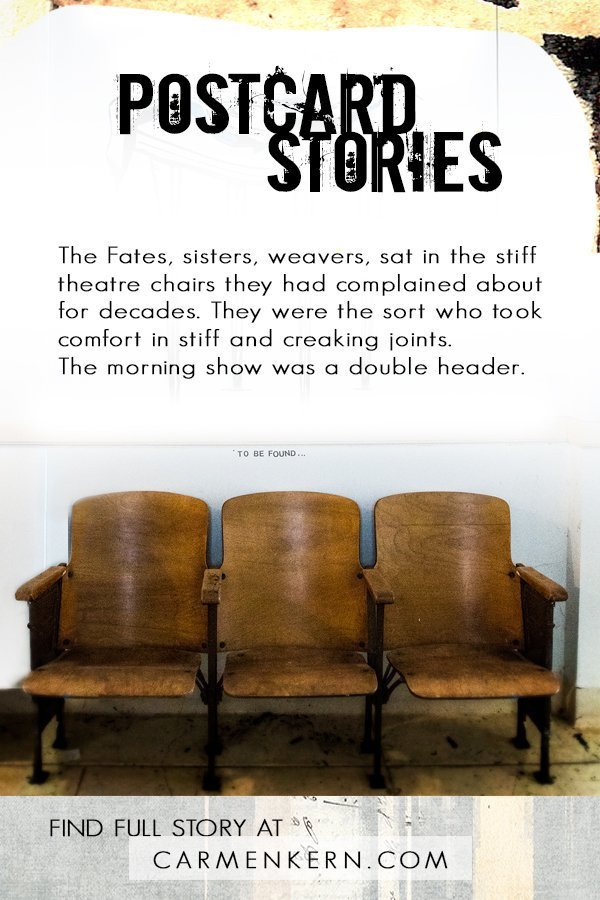