That old TV never did work, but that didn’t stop grandad from sitting out by the garage to stare at the thing for hours. It was my job to keep his glass of lemonade filled up while he was out there. He would hush me if I tried to talk to him. “Just fill the glass, Jessie,” he’d say.

I was twelve, and I complained every time I had to go out there, but wouldn’t you know it, when grandad passed away, when I no longer had to pour him lemonade, I missed it. I missed him.

Momma wanted to throw out that TV, but I wouldn’t let her. I took to sitting out there most nights, staring at the screen, and most night I thought I could see grandad sitting next to me in the reflection. I didn’t miss him so much then. I never did get rid of that old thing. Not even when I was out on my own and I carted it from apartment to apartment to my first house. Occasionally I can still see grandad in the screen. He’s always smiling.

I often wondered if someone’s filling up his lemonade glass in the great ever-after. 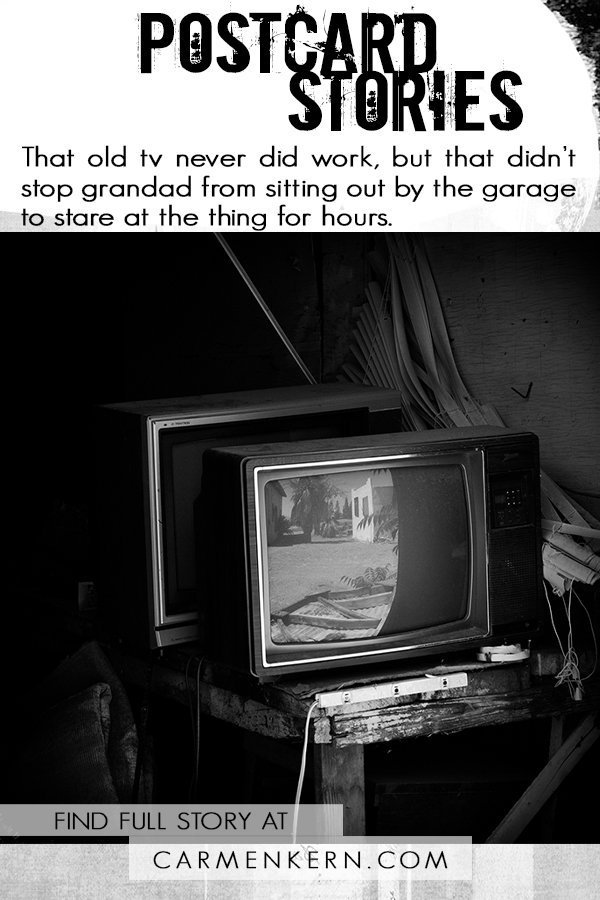