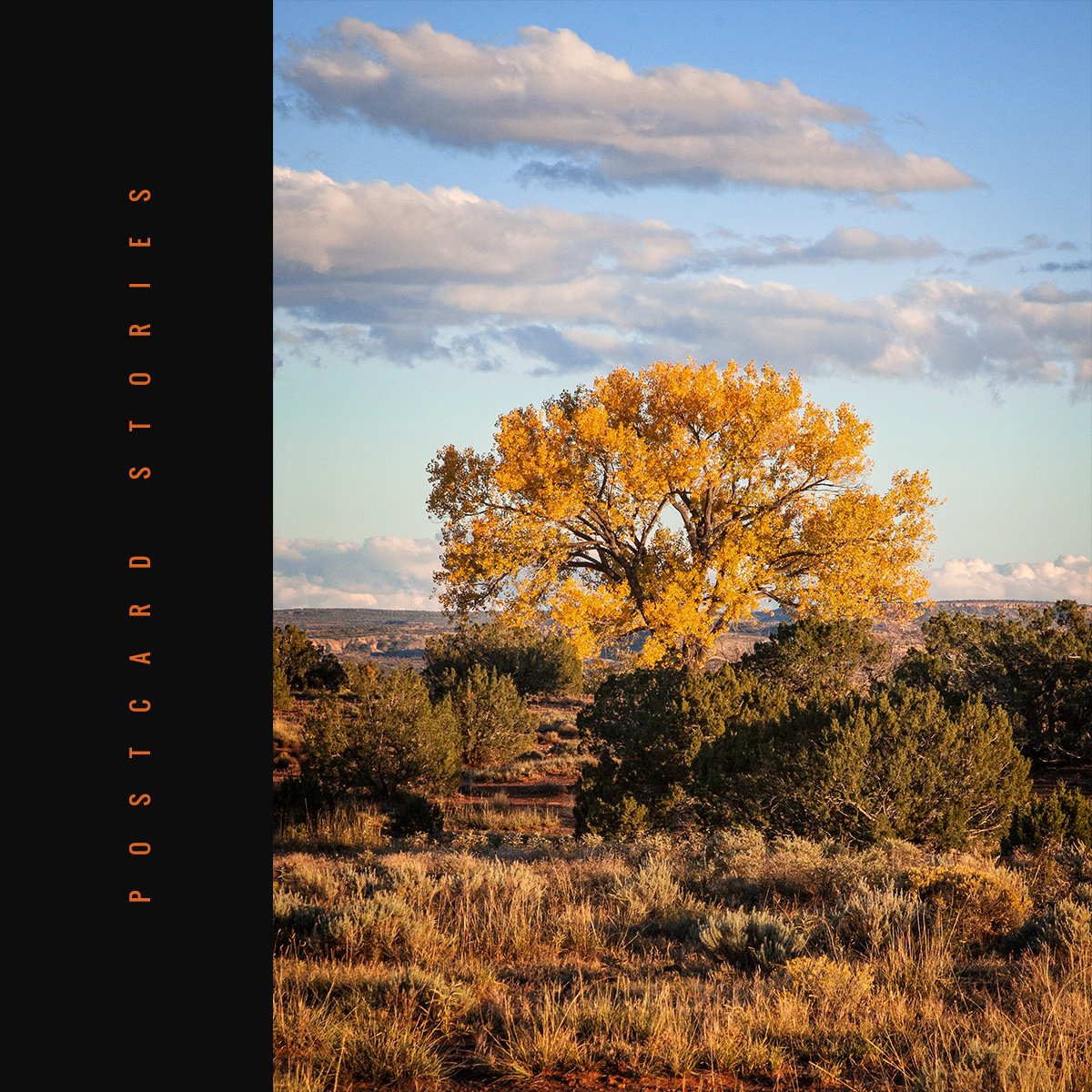 Two sisters sat in their mother’s living room as the rain rat-tatted on the tin roof. The one with brown eyes scrolled endlessly through the app on her phone, looking at the fake she thought was real.

The one with amber eyes stared out the window and watched the storm clouds soar on black wings. A heavy techno bass thump-thumped in her headphones. She stopped her music and lifted an earpiece away from her head. “The lightning is coming closer to the tree on the ridge. The leaves on the branches are standing on end. I think it’s scared.” she said, pressing her nose closer to the window.

Her sister looked up at her. “You’re obsessed with that tree.” She shook her head. “Stop making up stories. It’s not like you can feel what it feels.”

But the amber-eyed girl sensed the deep-down clenching of the tree’s roots in the soil, the quivering of branches in the cold wet wind, and the vibration of building energy coursing through the sky.

The girl closed her eyes. She held her breath along with the tree. Waiting. She was connected to the tree, but never knew why.

Truth is, eighteen years earlier, her mother had found a large yellow seed shaped like an acorn under the same tree. It was different from all the others that had fallen from the branches. She took it home and planted it in a pot. Faithfully, she watered the soil, and soon, something pushed through the surface. It was a strange-looking plant, she had thought. But she tended to it as she did the rest of her garden. One morning she’d went to water the plant when she noticed that the plant had grown out of the soil. As she took a closer look, she saw that the plant wasn’t a plant at all, but a baby. An amber-eyed girl.

The mother never knew how this came to be, but from that day on she believed in magic.

And the girl? Well, she grew up and had a lifetime of adventures. And in the end, her ashes were scattered under the same tree where she started her life.