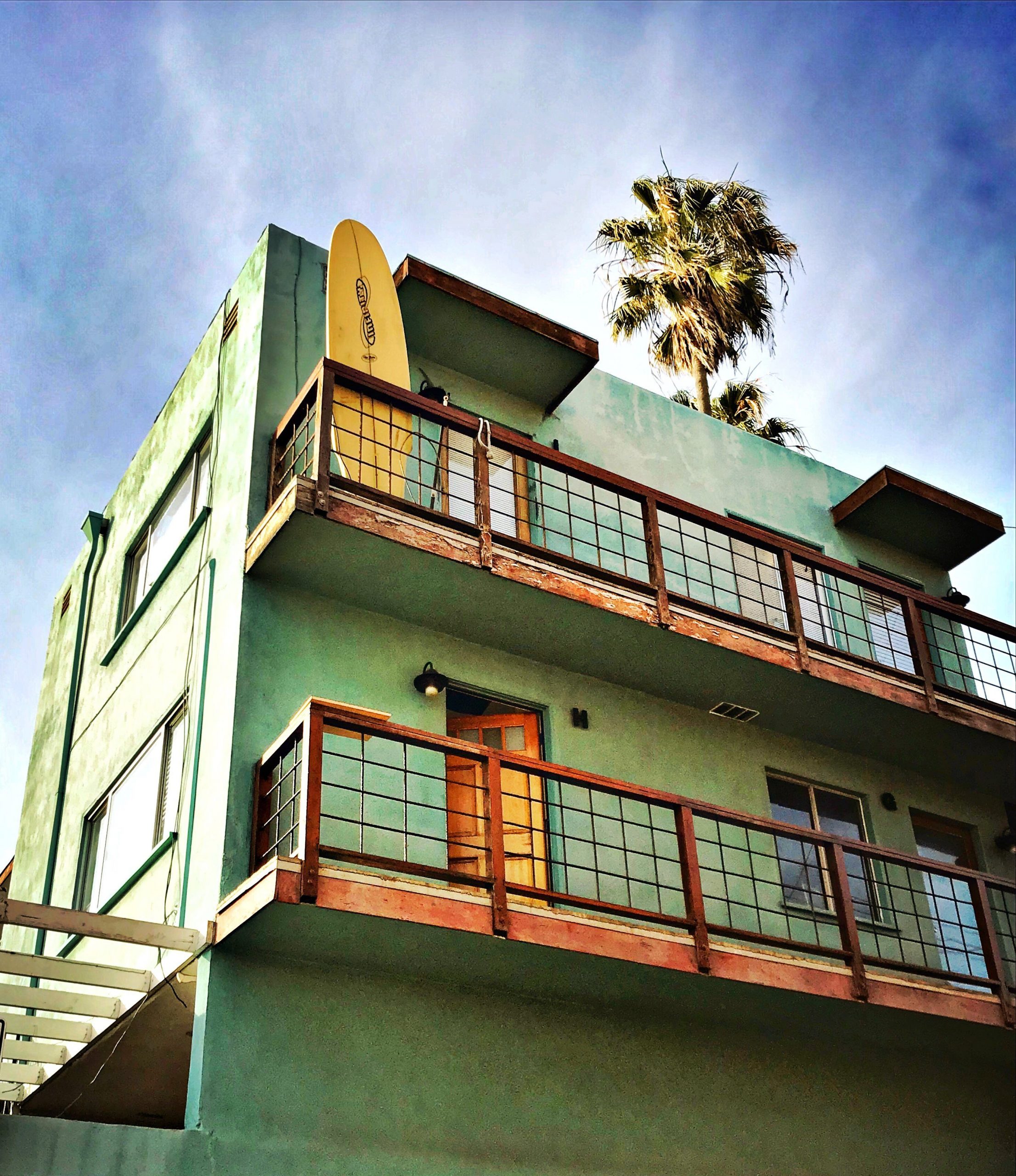 P. is almost 60 years old (but looks 74 in good light), an early retired analyst and a wannabe hipster. It doesn’t suit him, I’ve told him as much, but he just scowls and keeps waxing his surfboard.

This morning, little flakes of white wax float to my balcony––I’m in a good mood, so I pretend it’s snowing. I think I’ve got cholera, I say, to start something. No one gets cholera, not here, he says in his old man voice. I think he forgot to put in his teeth and is too lazy to get them out of a cup. Shrump, shrump goes the wax across his board. My coffee is cold and creamy and isn’t making me as sharp as usual, but something eventually comes to mind.

I ask him, you ever gonna take that thing in the water? My neutrons are starting to fire now. He growls in response and says, you gotta start something every damn morning? I laugh in a burst, suddenly happy. It’s a glorious day P., might be the perfect morning to give the board a ride, I say. The rhythm of the shrump stops cold. If you weren’t paying half the rent I’d throw you out on your ass, his voice is louder now and sounding more like the almost 60-year-old.

A 97 Plymouth drives by, rumbling with its redone engine. She’s a beauty, P. says, starting up the waxing again. That she is, I say right back. We watch the streets wake up and smell the jet fuel from the airport. I look up and see him leaning over the rail. You watching the Bachelor tonight? P. asks. I might, I answer and notice that the light is good this morning, that he’s looking a little more hipster than usual.

You want to watch with me? I throw it out there like bird food. Maybe, is what he says, but I know he’ll be knocking on my door right around 7:00. 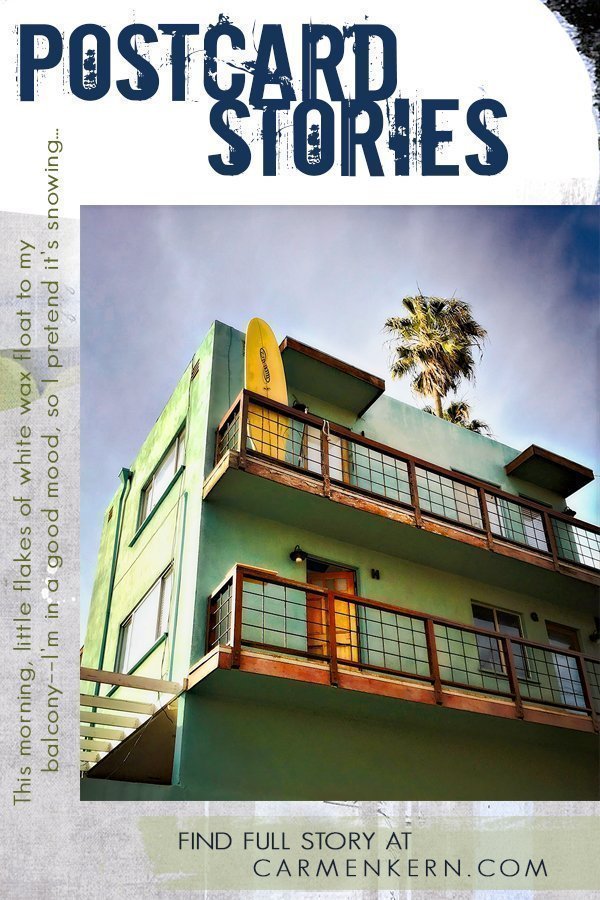 Postcard-sized flash fiction about the strangeness of beach life and neighbors and everything in between. And it all starts with an image…