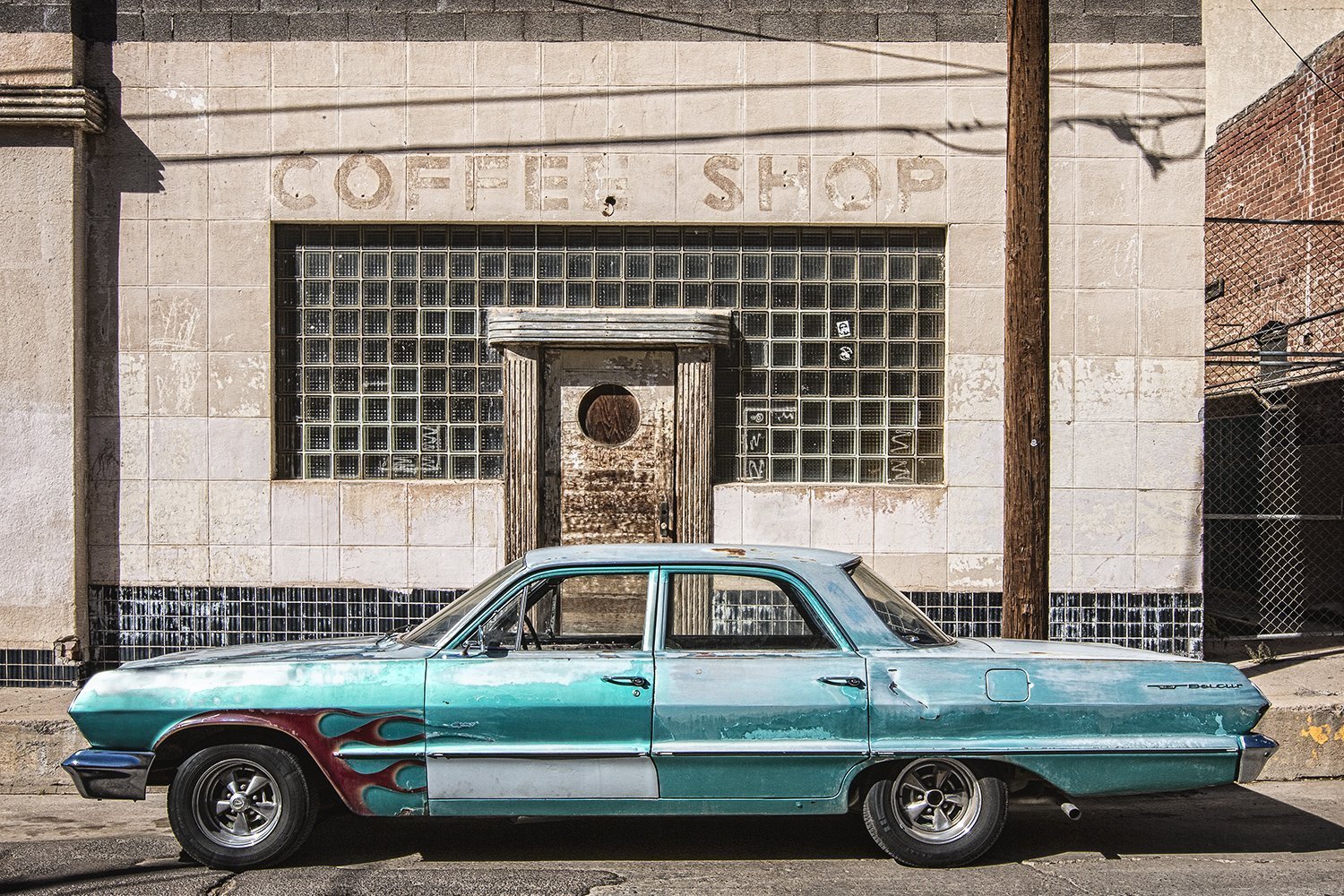 It was the time when day drinkers morphed into night drinkers. The noise in the bar multiplied with each drink poured. At least that’s how it seemed to me. I wore a scowl that normally scares people away. But one pint earlier, a tall, twiggy man, dressed in style-mashed clothes, planted himself across from me. He grabbed a handful of pretzels served in a lard tin. “You don’t mind do ya?” He didn’t wait for me to speak. “You heard of Hephaestus?” His deep-set eyes studied me as he waited for an answer.

“Only Hephaestus I ever heard of is the Greek god of fire,” I said.

“Yes.” Twiggy pointed a bony finger at me. “That’s the one. Every Tuesday, at five-oh-five, he pulls up in the loading zone right outside this window.” He chews a nail cuticle and continues. “He orders two drinks, plays a game of pool right back there, and then calls it a night.” Twiggy’s eyes turned shifty, looking everywhere at once.

He was unsettling, and I wondered whether I wanted another beer bad enough to sit here with him.

Twiggy settled his gaze on me once again. “I can tell you don’t believe me. But I heard it from a friend who heard it from a waiter who works here. Said it smells like singed wires for an hour after the god leaves.”

I finished off the dregs of my ale. “Singed wires? Well I guess it has to be Hephaestus then, with the smell and all.” I wanted to mock him more but didn’t have the energy. “What do you want with the god? Have a drink with him? Hire him to burn down an empty rental property so you can claim insurance?” I’m not sure why I asked, but he seemed like the kind of guy that would do that kind of thing.

Before Twiggy could answer, a low throaty growl came from outside as a patchwork muscle car slinked around the corner and parked in front of us. Painted red flames over the front wheel wells appeared to flicker and spit fire down the sides of the car until the car stopped.

I meant to laugh at him, cruelly, but all that came out was a mousey squeak as I watched a monstrous man unfold from the driver’s seat, as if the lid was pulled off of something to reveal a mighty bronze statue, flawed and vicious, with eyes erupting with flame. The god peered through the window at me, scorching away my disbelief with a mere glance.

“You see?” Twiggy said and nudged my elbow.

“I do,” I said, not realizing that my life was about to change in every way possible. I wasn’t prepared for it. But I suppose one never is prepared to walk with the gods.


This image and more of Carmen’s photography prints and merch are available for purchase at Fine Art America. 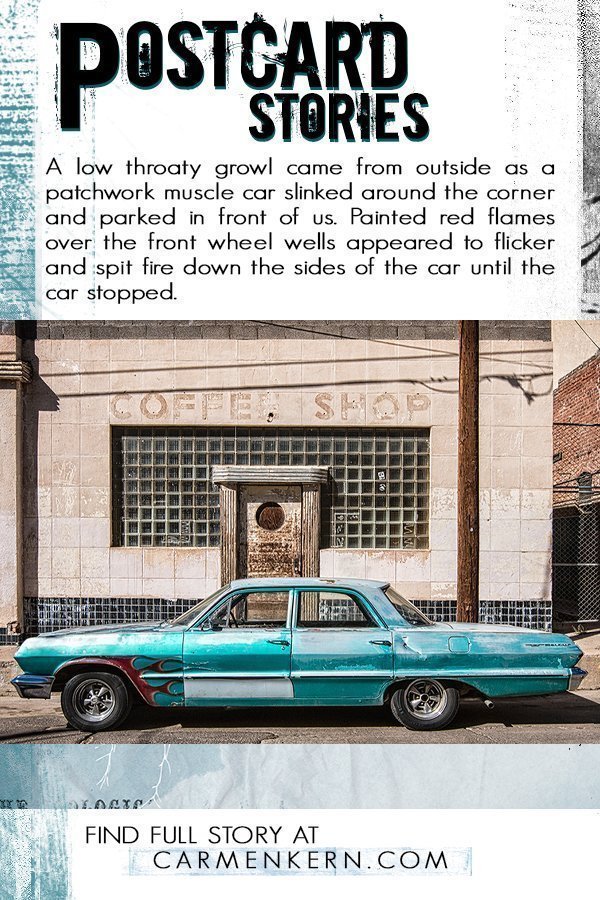