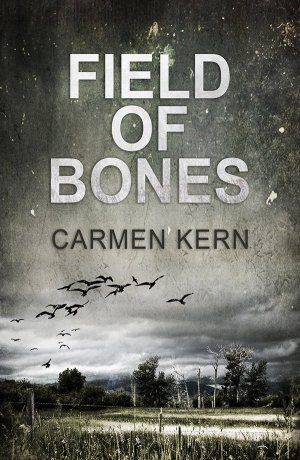 It was their bones—all the ones she killed. That’s what really got me—it was the knowing.

Reported missing by his family, sixty-something Hugh can’t remember where he’s been or how he ends up in Ned and Nancy’s farm with nothing but a rucksack and a pillbox.

He doesn’t say no to food and a place to lay his head in exchange for work. But it doesn’t take long for Hugh to feel the ‘wrong’ in a place.

Dark men in Cadillacs haunt him. Dinners turn gluttonous. Bones are found in hay fields and the dead watch from reflections. Hugh slowly loses his mind. Or so he thinks. The secrets of the old farm want to be told and Hugh’s the only one listening.