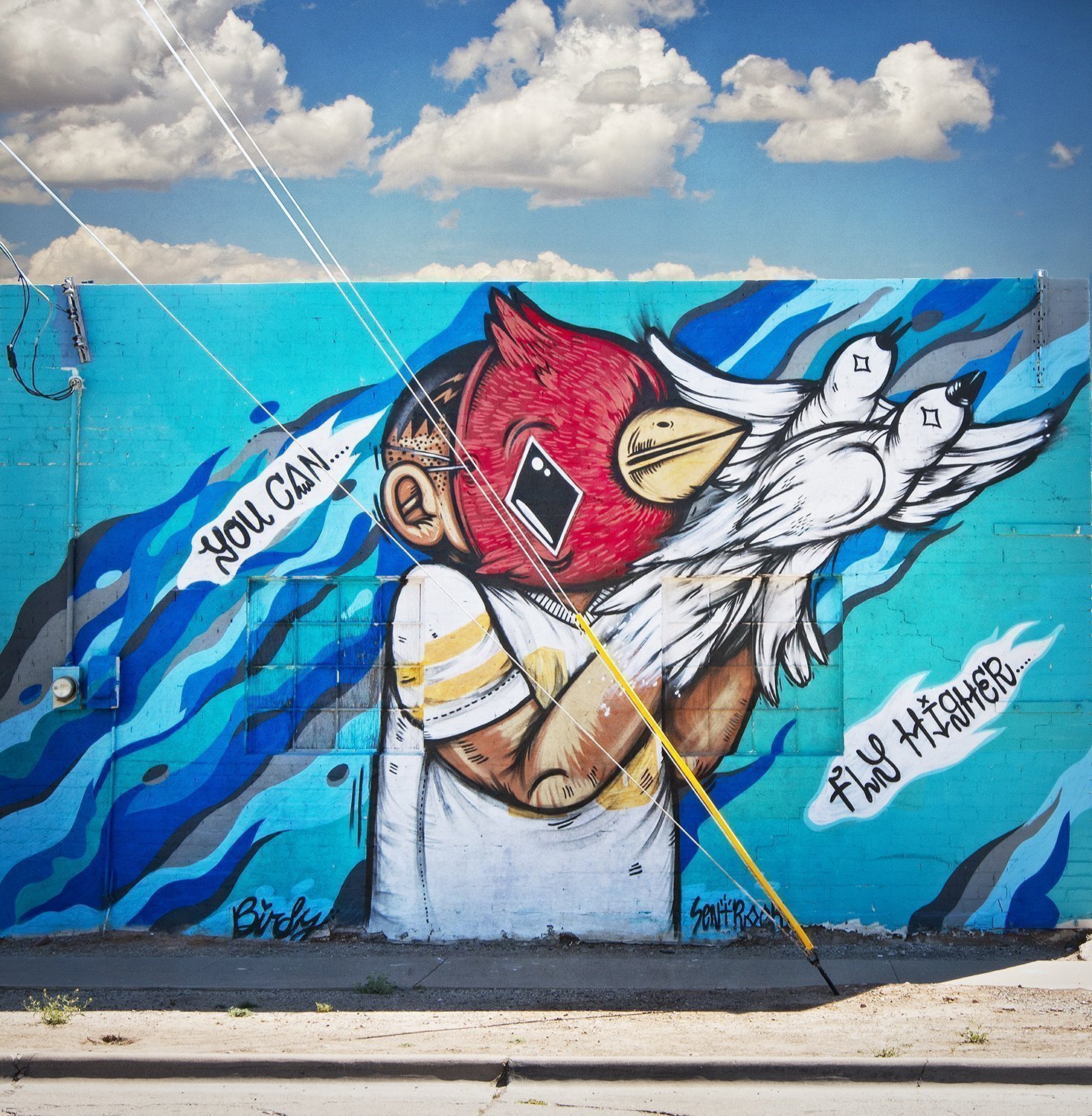 They woke me up. I should have been scared, their beaks peck, pecking at my window while the other boys slept, dreamed and farted, but I wasn’t.

I opened the window to two white birds with wings that seemed too big for their bodies. One of them flew through the window to the trunk at the front of my bed. It landed on the wooden lid and clucked and peeked at the lock until I opened it. There, on top was the bird mask I made in one of our lame group sessions. The diamond eyes I cut out were all wrong and the beak was dented on one side. The dove picked it up, dropped it, and said in a small, crusty voice, “Do you want to fly?”

I mean, what do you say to that?

The dove shoved the mask towards my dangling hand. “Put it on.” The other boys kept sleeping, even Nathan who always got up to pee.

I put on the mask and adjusted the beak over my nose.

“Now go to the window.” I figured if a bird was talking to me the least I could do was listen. The doves landed on my hands, one on each. They flapped and pulled me with their talons to the window ledge. “All you have to do is jump.” The dove’s beak clicked when it talked.

Jump. That’s all I had to do. I laughed, then tried to cover my mouth but knocked the beak on my face.

Stepping up to the ledge, I took one last look at Nathan and launched into the sky. The bird’s wings became mine. The wind currents became our road. We flew and flew and went as high as I wanted to go. 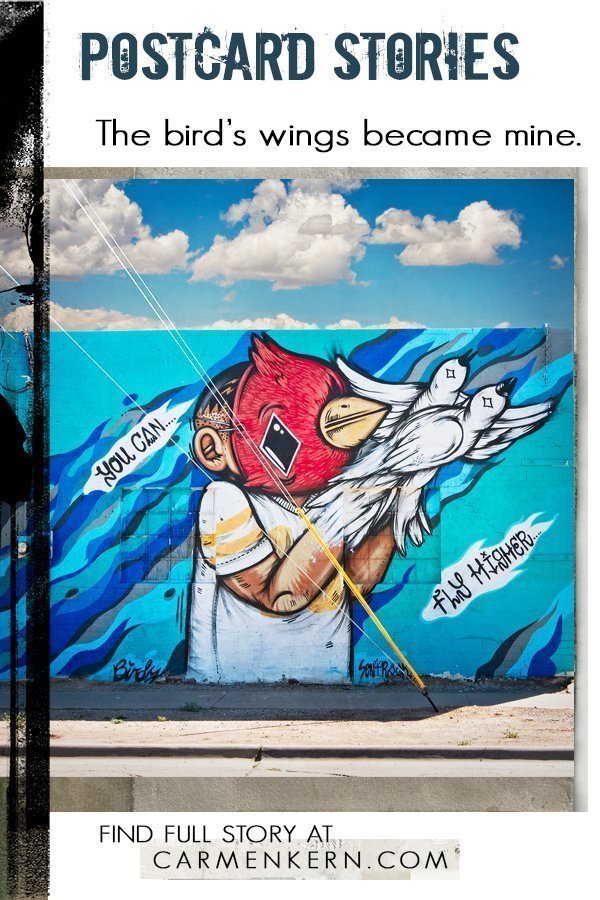