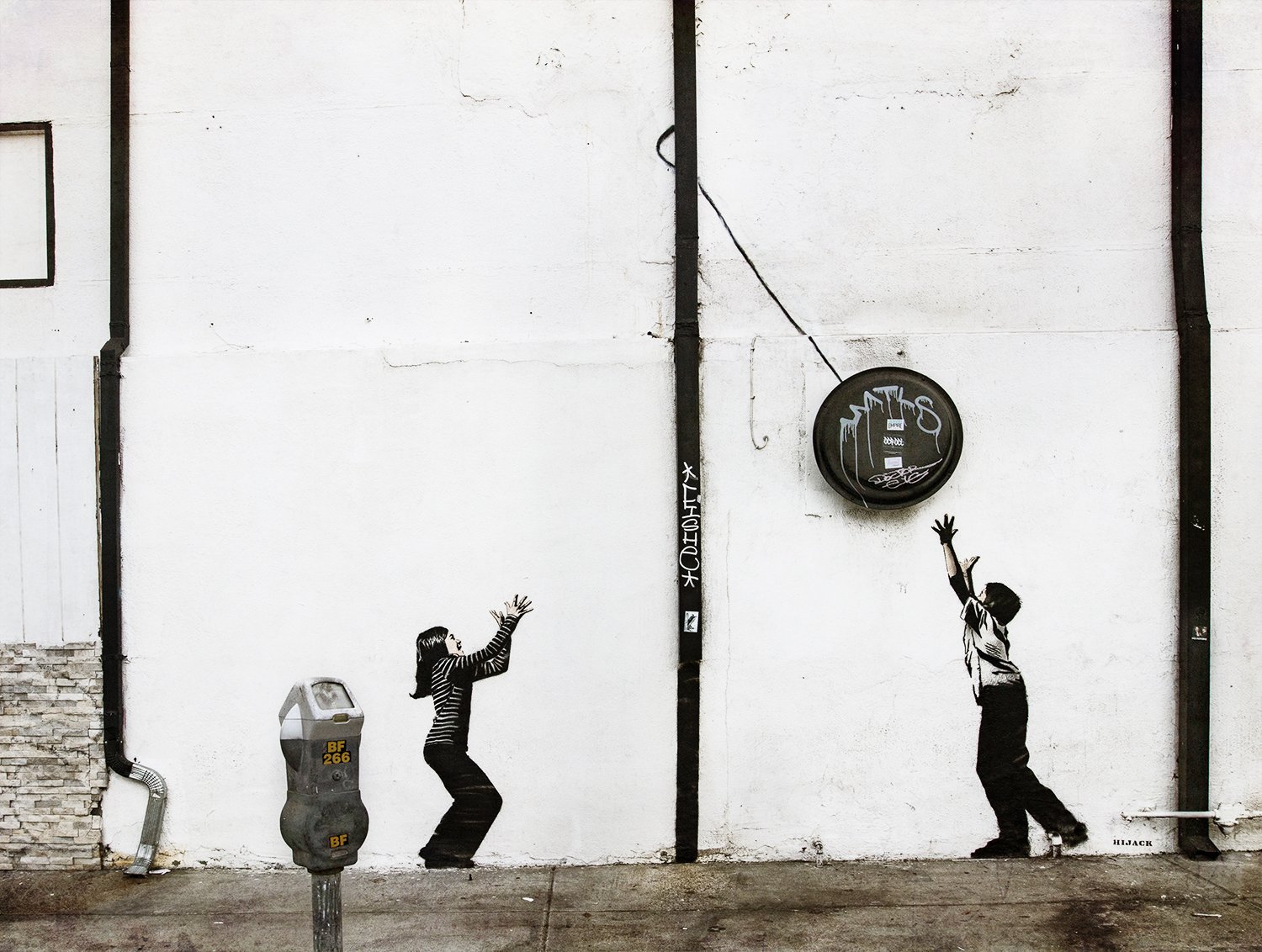 You can always tell the ones who are lost. They drive real slow but not too slow cause they think they’re gonna get carjacked or shot in our neighborhood. They are the ones who got lost by mistake, made a wrong turn on the way to the interstate. They are scared and stupid.

We aren’t scared. We know better. Mecko, the old guy on the corner just wants some smokes––give him a few coins, and he’s harmless as a sparrow. We’ve seen him take the cigarette butts out of the gutter if they still have something to them. He sucks and sucks until there’s something to blow out. And Johnny, the fat boy who sits on the steps across the street, he’s more scared than the lost people. My brother Chris just yells boo at him, and he’ll jump up, jitterbug with the door handle then hide inside for at least an hour.

Sometimes Chuck and Lester will play with us, but that usually ends in a fight. They like to wind the tetherball up so high Chris and me can’t reach it. We’ll both yell at them, but they walk away laughing and shoving each other like they did something worthwhile. They’re just as stupid as the lost people.

Today a car slowed and stopped right beside us. The window rolled down, and a pretty lady asked, “Can you tell us how to get to the highway?” She smiled. Her teeth were movie-star white. So straight. I couldn’t stop looking. I told her while Chris gave me a dirty look. But I didn’t care I was getting the stink eye. I liked the lady. She wasn’t stupid. She waved as they drove away. And I waved back.